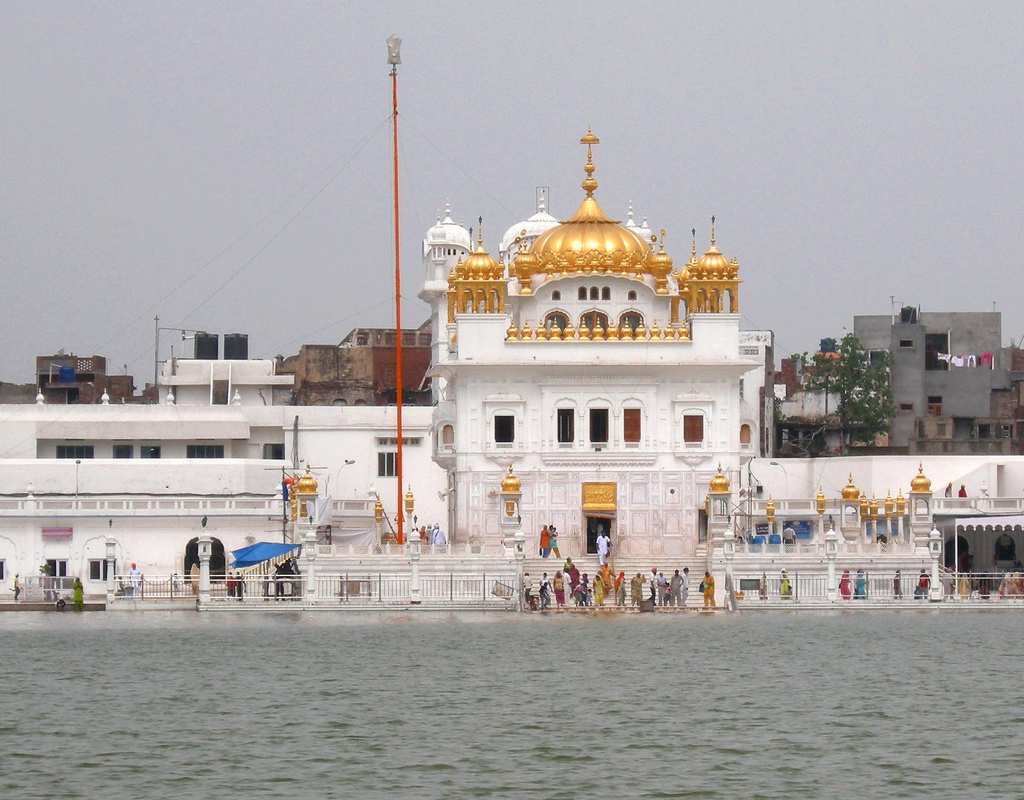 Gurdwara Sri Tarn Taran Sahib is a gurdwara established by the fifth guru, Guru Arjan Dev, in the city of Tarn Taran Sahib, Punjab, India. The site has the distinction of having the largest sarovar (water pond) of all the gurdwaras. It is famous for the monthly gathering of pilgrims on the day of Amavas (a no-moon night). Guru Arjan Dev Ji, the Fifth Sikh Guru, founded Tarn Taran Sahib in the year 1590, in the Land of Panjab (Majha Region). At that time, the digging of the lake tank started. When the tank was completed, it was the biggest and largest sarovar lake in the whole of Panjab. The foundation stone of Darbar Sahib was laid by Dhan Dhan Baba Buddha Ji, a famous Sikh saint (1506–1631). Later, the Sixth Sikh Guru, Guru Hargobind Sahib, came to the gurdwara and stayed for some time.

The grand Gurdwara at Khaddi Sahib was constructed in memory of Guru Amar Das. On the spot where the Gurdwara now stands, was once located a knaddi (loom) of a cloth weaver. One dark night Guru Amar Das stumbled into the weaver's pit, while carrying a pitcher of water on his head. He was fetching water from the river Beas at a distance of 10 km, for his Guru, Guru Angad Dev. Despite his fall, he succeeded in saving the water filled pitcher. The noise of the fall awakened the weaver who suspected a thief. When the weaver's wife heard a voice uttering 'Japji' she told her husband that it was no thief but the poor, homeless Amar, the aged servant of Guru Angad. When the incident came to the notice of Guru Angad, he was pleased to remark, "Amar Das was not homeless and lowly. He shall be the home of the homeless, and honour of the unhonoured, the strength of the strengthless, the support of the unsupported, the shelter of the shelterless, the protector of the unprotected, and the emancipator of the captives." Guru Angad then formally held the investiture ceremony and appointed Guru Amar Das as his successor, the third Guru Nanak. 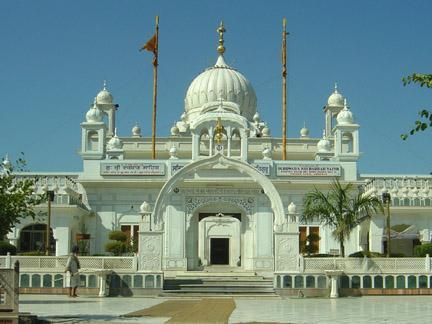 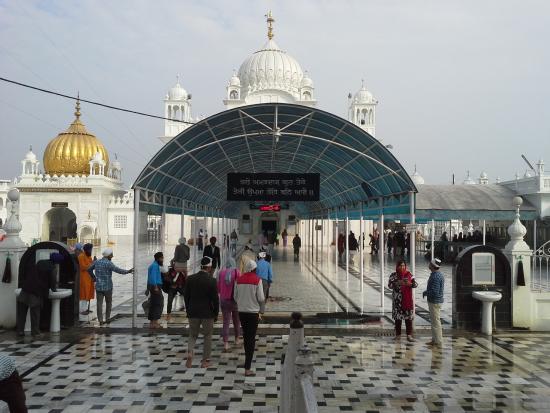 GOINDVAL, the firstever place of Sikh pilgrimage so designated by its founder, Guru Amar Das. This in fact was the spot where the ancient eastwest highway crossed the River Beas. With the renovation of the highway by Sher Shalh Suri, the Afghan ruler of north India (1540-45), this ferry site became an important transit point. This led one Goinda or Gonda, a Marvaha Khatri trader, to plan establishing an habitation at the western end of the ferry. Thwarted in his endeavour by natural calamities which Goinda attributed to evil spirits, he repaired to Khadur to seek Guru Angad's blessing. The Guru deputed his devoted disciple, (Guru) Amar Das, to help Goinda. Amar Das, who knew that track very well as he had been carrying river water from this place to Khadur daily for his Master's ablutions, laid the foundation of a village which was named after Goinda. After his apointment as Guru in 1552, Guru Amar Das shifted from Khadur to Goindval. In 1552, Guru Amar Das commenced the digging in Goindval of a baoli, i.e. a well with steps descending down to water level which, when completed, attracted pilgrims from far and near. Goindval also became ,in the time of Guru Amar Das, the centre of an annual fair on the occasion of Baisakhi.

Baba Buddha ji (6 October 1506 - 8 September 1631), one of the most venerated, primal figures of early Sikhism, was born on 6 October 1506 at the village of Katthu Nangal, 18 km northeast of Amritsar. After sometime the family settled down in Dhalla village not far away from river Ravi opposite Kartarpur. "Bura", as he was originally named, was the only son of Bhai Suggha, a Hindu Jatt of Randhawa clan, and Mai Gauran, who was born into a Sandhu family. Also referred to reverently as Baba Buddha Ji; Bhai Buddha occupies a unique position in Sikh history and in the hearts of all Sikhs. He applied the tilak of guruship to five Gurus, saw and had the vision of seven Gurus and remained in close association with the first six Sikh Gurus from 1521 to 1631 for over one hundred years. 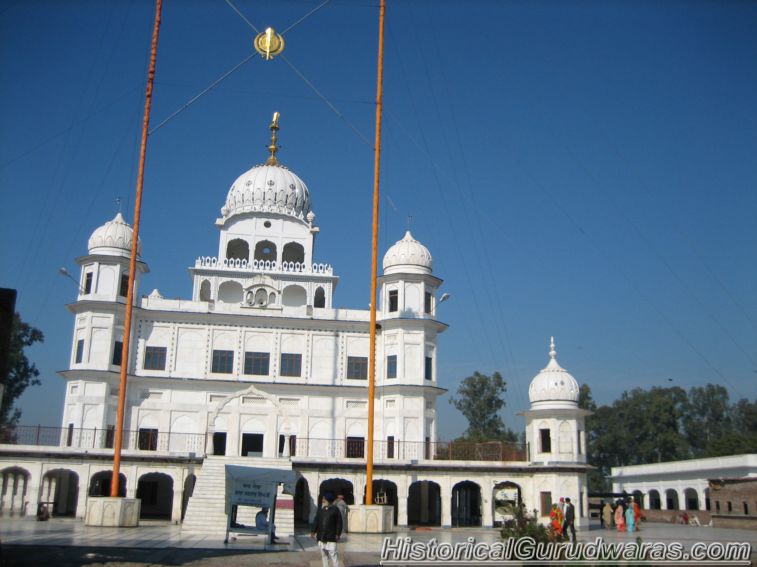 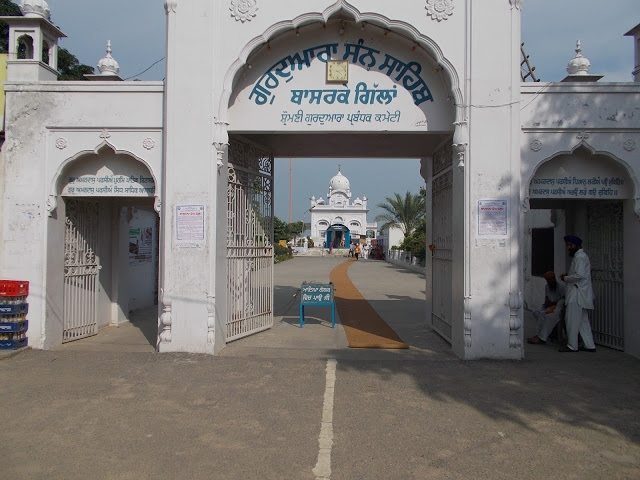 Gurdwara San Sahib is situated in the village of Basarke in Amritsar District, Punjab, India. Guru Amar Das ji was named next Guru by Guru Angad Dev ji, but Datu ji the son of Guru Angad Dev was sure that as the Guru's son he should be appointed the Guru. He forced Guru Amar Das ji to leave Goindwal Sahib. Guru Amar Das being a humble person, returned to his family village of Basarke. Here the Guru shut himself up in a small hut with a note on the door. The note said, "He who opens this door is no Sikh of mine, nor am I am his Guru." When a delegation of Sikhs lead by Baba Buddha ji found the hut they were perplexed as what to do. Finally Baba Buddha decided to make a hole in the wall so as not to go against the Guru's instruction. The hole in the wall is still preserved today inside the Gurdwara Sahib. Gurdwara Sahib is situated on the Amritsar-Chaubal Road.

Gurudwara Chheharta Sahib, is named after a well that Guru Arjan (1563-1606) had sunk. The well was so wide, and the water supply so abundant, that six Persian wheels installed around the interior of its circufrence could operate simultaneously. Hence its name Chheharta, lit. having six (chhe) Persian wheels (hart or harta). The well has now been covered, but its water is still pumped to feed the main tank of the Gurdwara. Now developed as an industrial township, Chheharta falls within the revenue limits of Vadali Guru, a village one km to the south, where Guru Arjan stayed during 1594-97. 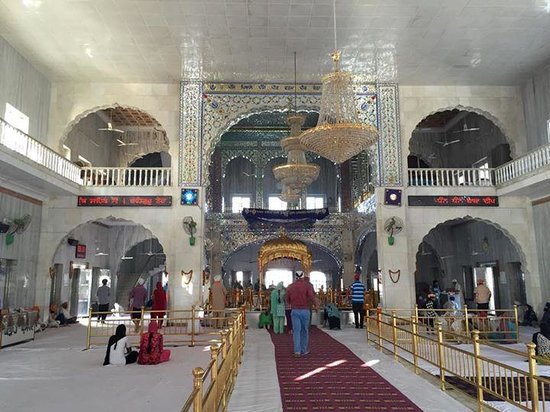 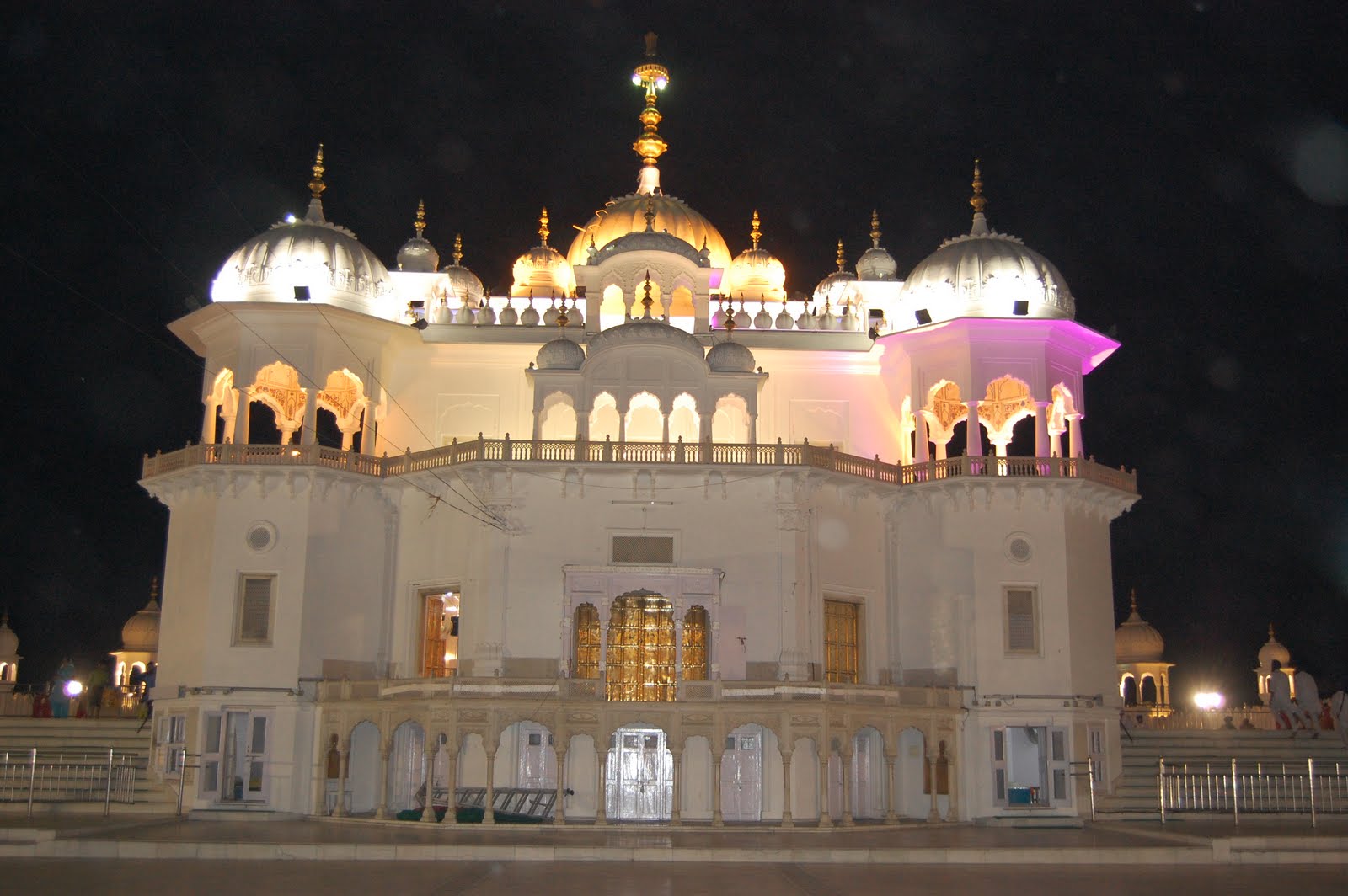 Anandpur Sahib, sometimes referred to simply as Anandpur (lit. "city of bliss"), is a city in Rupnagar district (Ropar), on the edge of Shivalik Hills, in the state of Punjab, India. The city is one of the most sacred places in Sikhism, being the place where the last two Sikh Gurus lived and where Guru Gobind Singh Ji founded the Khalsa Panth in 1699. The city is home to Keshgarh Sahib Gurdwara, one of the five Takhts in Sikhism. It is the venue of the largest annual Sikh gathering and festivities during Hola Mohalla in the spring season. It is situated near the Sutlej river, the longest of the five rivers that flow through the historic crossroads region of Punjab in northern India and Pakistan.