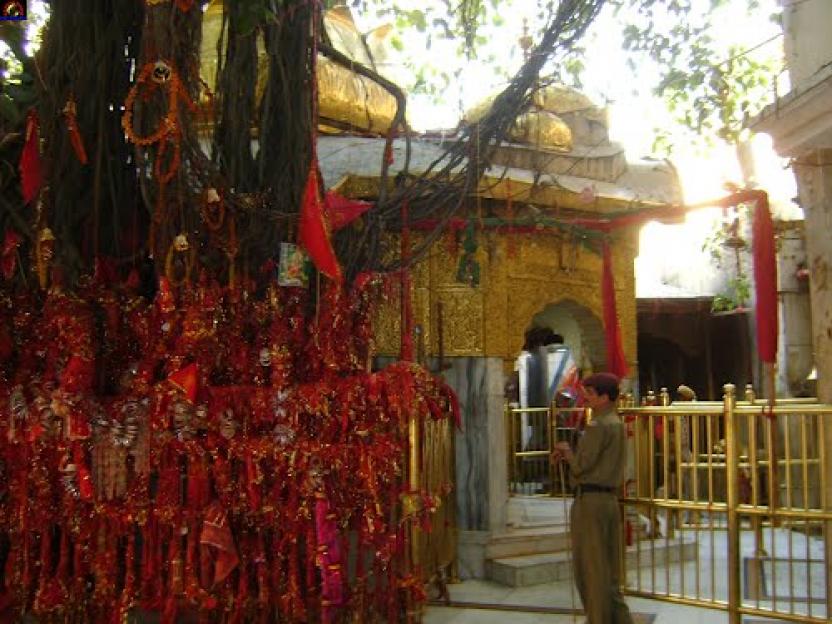 The best known Jwala Ji shrine is located in the lower Himalayas in Jawalamukhi town of the Kangra district of Himachal Pradesh state of India, about 55 kilometers from the larger town of Dharamsala. Jwalaji/jawalaji or Jwala Mukhi is probably the most ancient temple discussed here besides Vaishno Devi. It is mentioned in the Mahabharata and other scriptures. There is a natural cave where eternal flames continue to burn. Some say there are seven or nine flames for the seven divine sisters or the nine Durgas. It is here that Sati's tongue fell which can now be seen in the form of the flame.

The Shree Bajreshwari Mata Mandir also known as Vajreshwari Devi Mandir is a Hindu temple dedicated to the goddess Vajreshvari, a form of Durga located in the town Kangra, in Himachal Pradesh, India. A legend says that after Goddess Sati sacrificed herself in the honor of Lord Shiva in her father's Yagya. Shiva took her body on his shoulder and started Tandav. In order to stop him from destroying the world Lord Vishnu divided the body of Sati into 51 parts with his Chakra. The left breast of Sati fell at this spot, thus making it a Shakti Peetha. The original temple was built by the Pandavas at the time of Mahabharatha. 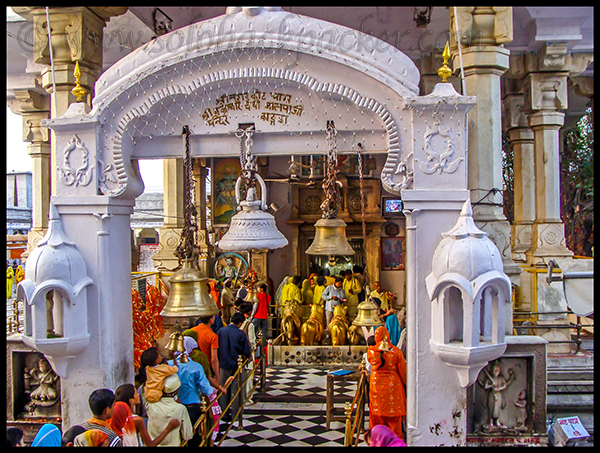 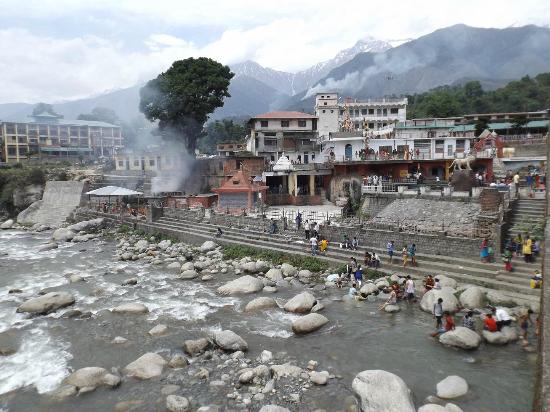 In Hinduism, Chamunda or Camunda is an aspect of Devi, the supreme mother goddess. The name is a combination of Chanda and Munda, two monsters which Devi killed. The famous temple of Maa Chamunda is in Kangra district of Himachal Pradesh, India. It is around 10 km west of Palampur, on the Baner river. Around 400 years ago the king and a Brahmin priest prayed to Devi for permission to move the temple to some easily accessible location. Devi appeared to the priest in a dream giving her consent. She directed him to dig in a certain spot and an ancient idol would be found and that idol should be installed in the temple and worshipped as Her form.

A pilgrimage to the Holy Shrine of Shri Mata Vaishno Devi Ji is considered to be one of the holiest pilgrimages of our times. Popular the world over as Moonh Maangi Muradein Poori Karne Wali Mata, which means, the Mother who fulfills whatever Her children wish for, Shri Mata Vaishno Devi Ji resides in a Holy Cave located in the folds of the three peaked mountain named Trikuta (pronounced as Trikoot). The Holy Cave attracts millions of devotees every year. In fact, the number of Yatris visiting the Holy Shrine annually now exceeds one crore. This is due to the unflinching faith of the devotees who throng the Shrine from all parts of India and abroad. 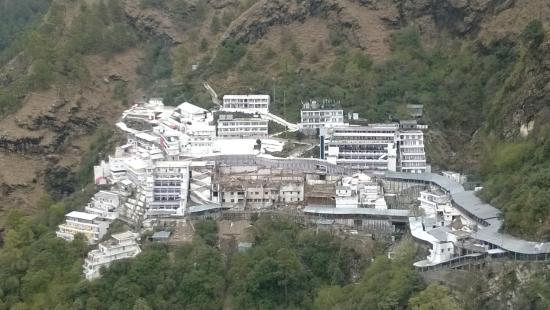